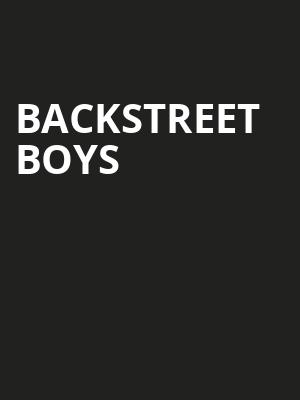 One nineties revival we can really get behind - the Backstreet Boys are back! Nick, Howie, AJ, Kevin, and Brian are back (alright!) as they continue their huge DNA tour, giving you the chance to re-live their biggest hits in areas across the nation. After being rescheduled from 2020 thanks to we-all-know-what, you can catch the BSBoys finally on tour in 2021!

Formed in 1993, Backstreet Boys (or BSB) were one of the decade's biggest bands, consistently releasing bop after bop including multi-million selling singles "I Want It That Way", "As Long As You Love Me", "Everybody", and many many more. Now, following an eventful hiatus, the boys are on the rise once more with a new record DNA AND a single featuring Shawn Mendes. Don't miss your chance to relive the 90s all over again with the Backstreet Boys!

I saw them in Vegas but the Vancouver show was superb, we sang along all... more

Sound good to you? Share this page on social media and let your friends know about Backstreet Boys at VyStar Veterans Memorial Arena.