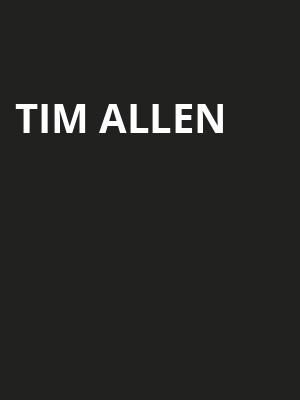 The sitcom star is eager to remind the world that he can wield a microphone as easily as a power tool and safety goggles...

One of America's favorite TV dads on stage

Golden Globe Award-winning actor and comedian Tim Allen returned to stand up in a big way back in 2011 with a limited residency at Las Vegas' The Venetian Showroom. Now once again, Allen returns to the stage on a strictly limited tour this fall.

His lead role in the hugely popular ABC series "Home Improvement" (and some unforgettable albeit annoying catchphrases) catapulted him to fame after he'd already setup quite a successful stand-up comedy career.

The show also served as great training ground for Allen as an actor, a career he would ultimately end up pursuing rather than sticking to standup. And what a breathtaking career as an actor! Making the transition from TV to the big screen is one that few comedians and actors are able to navigate successfully; however Allen scored a home run in his first starring role in The Santa Clause.

Suitable for ages 18 and up

Opening act was a surprise and was very good; Tim's show was FANtastic!... more

Sound good to you? Share this page on social media and let your friends know about Tim Allen at Moran Theater.