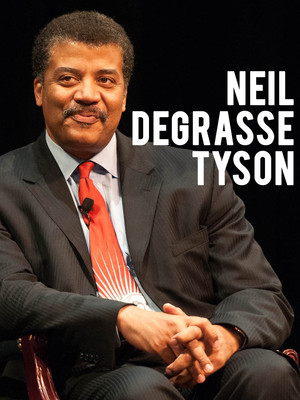 Follow the evidence wherever it leads, and question everything.

As a highly popular and influential science advocate, Neil DeGrasse Tyson manages to capture audiences with his sometimes humorous and always informative insights into modern physics. A regular guest on The Daily Show, The Colbert Report and host of his own enduring radio show StarTalk, there is something of the entertainer about Tyson, continually inspiring generations old and new to take an interest in the universe around them.

Most recently, he has taken on the challenge of updating Carl Sagan's definitive 1980 television series 'Cosmos: A Personal Voyage' with 'Cosmos: A Spacetime Odyssey,' asking questions about the abyss of space.

Suitable for all ages

Laura Aschoff: “Fun for all ages!”

Fun for all ages! Our only negative is that the show did not go on long... more

Anonymous: “The Greatest Show on Asto-Turf”

Neil DeGrasse Tyson is great. His show is as entertaining and funny as... more

Sound good to you? Share this page on social media and let your friends know about Neil DeGrasse Tyson at Florida Theatre.