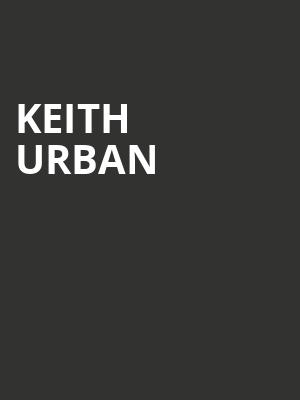 Don't miss Keith Urban on the Speed of Now Tour!

Keith Urban is back! Urban has made a name for himself as one of the most accomplished and exciting talents in country music and has established himself as a judge on The Voice and American Idol. Following his latest single, 'Wild Hearts', Urban is returning to the road in the summer of 2022 and launching the Speed of Now World Tour! Expect to hear his newest material with some fan favorites thrown in the mix.

The Speed of Now Part 1 is Urban's eleventh studio album which won the Highest Selling Album at the 2021 Queensland Music Awards! When not in the studio or on tour, Urban can be seen judging and mentoring on the Australian version of TV talent show The Voice, as well as having released his own line in electric guitars in 2013.

Bernice Merryman: “Wish I could leave 10 STARS - He was THAT GOOD!”

Sound good to you? Share this page on social media and let your friends know about Keith Urban at Dailys Place Amphitheater.